Top 17 Best Smartphones in the World

an essential gadget in our daily lives.

Here are the top 17 smartphones in the world (in descending order), so you can pick the right one for yourself.

Built for the corporates, not made for all the fancy stuff.

One of the first mainstream modular phones with a camera that does more than just the trick.

While the latest variant might have exploded its way out, the Note5 is still a great phone to own.

This is not a common option, but the value for money this phone offers is mostly unparalleled.

One of the most underrated phones of 2016. The V20 has a genius shortcut screen with all features when the phone is locked.

Touted to be one of the biggest launches of last year, the HTC 10 is a decent phone nonetheless.

Motorola phones are always a delight to operate with their close-to-stock Android feel. Also, the added modularity is a plus.

Although it didn’t see much traction, the SE is still the most powerful and most beautiful ‘compact’ phone out there.

The last generation of the iPhone is pretty much relevant. Features like 3D Touch and a super fast processor take it much ahead of the competition.

The Galaxy S7 is Samsung’s way of showing that we can definitely see a brilliant camera on a smartphone.

A larger battery and a larger screen are no-brainers, right?

The most surprising underdogs of 2016 are definitely here to stay with its streamlined design and great performance.

Simply, the best phone you can buy under the $400 price segment. Perfectly succeeds the OnePlus 3.

Bringing the best apps and ecosystem together is what Apple does best on their pathbreaking smartphones.

A bigger battery, screen and RAM capacity are all the things this bad boy brings to the smartphone battle.

This is definitely one of the most integrated smartphones that Google has ever brought out of their bandwagon.

Topping the best smartphone is a bigger, stronger and longer-lasting version of it. Fancy one? 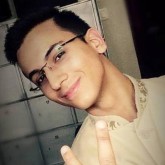 Virender Singh Rana blogs at HimBuds.com. B.Sc in Hotel Management and certified in Revenue Management from Cornell University (U.S.A). His satisfaction lies in helping a needy and ultimately wishes to set up an NGO.