By Prateek BachlasOct 21, 2018, 19:48 pmComments Off on Mandi Himachal Pradesh: History and Economy

Mandi is popularly known as “Choti Kashi”. History of Mandi Himachal Pradesh is very vast. History of Mandi can be divided into two parts. There were two kingdoms in the olden times: Mandi and Suket (Sundernagar). Mandi Riyasat was founded in 1000 AD by BAHU SEN whereas Suket Riyasat was founded by VEER SEN in 765 AD. After independence, Mandi and Suket were merged to form Mandi district in 1948. Read below the detailed royal lineage of Mandi Himachal Pradesh.


The royal lineage of Mandi is as follows:

1. SAHU SEN: Mandi Riyasat was founded by Suket King SAHU SEN’s younger brother BAHU SEN in 1000 AD. BAHU SEN made HAAT (KULL) it’s capital.
2. BAAN SEN (1278-1340) got his name from BAAN tree (Oak tree). Baan Sen made Prashar temple near Prashar lake.
3. AJBER SEN: AJBER SEN got constructed Bhutnath Temple. His wife SULTANA DEVI got constructed TRILOKINATH TEMPLE in Mandi. He died in 1534.
4. SAHIB SEN (1554-75): He was the contemporary of AKBAR. He overtook Darang salt mines.
5. SURAJ SEN: Kamlagarh Fort and Dadama Mahal were built by him.
6. SHYAM SEN: He was the brother of SURAJ SEN. He got constructed SHYAMA KAALI TEMPLE.
7. SIDH SEN (1678-1727): During his rule, GURU GOVIND SINGH came to MANDI.
8. ISHWARI SEN (1779-1826): He was a very strict ruler. He was kept in jail for 12 years by the Kangra King Sansar Chand in Nadaun. William Murcraft visited Mandi during his time.
MANDI RIYASAT came under the control of Sikhs in 1809.
9. BALBIR SEN (1839): In 1840, MANDI RIYASAT was attacked by Ranjit Singh’s grand son and they jailed BALBIR SEN in Gobindgarh Fort at Amritsar. MANDI RIYASAT came under British control on 9th March 1846. BALBIR SEN died in 1851.
10. VIJAY SEN: RAJA VIJAY SEN got constructed Victoria Suspension bridge & Uhal River Suspension bridge was made by him in 1881. Mandi-Kullu road was constructed in 1881. Lala Lajpat Rai visited Mandi in 1906.
11. BHAWANI SEN (1903): DARBAR HALL was built by him.
12. JOGINDER SEN (1925-48): He was the last ruler of Mandi. That’s all about main points in the History of Mandi.

The royal lineage of Suket is as follows:

According to Cunningham, SEN rulers came from BENGAL. SUKET was founded by VEER SEN IN 765 AD.
1. VEER SEN: He made Kunnudhar his residence and Panganna his capital. He married his daughter to MUSAN VERMAN and gave Panganna Tehsil in dowry.
2. VIKRAM SEN: He was a very religious person. He went to Haridwar sacrificing all his worldly comforts (Tyaag) for two years.
3. SAHU SEN (1000 AD): His brother BAHU SEN founded MANDI RIYASAT.
4. MADAN SEN (1240 AD): Suket Riyasat flourished during his reign
5. KARTAR SEN (1520 AD): He changed his capital to KARTARPUR from LOHARA.
6. SHYAM SEN (1620 AD): On receiving a complaint against him from Jagat Singh, Mughal ruler Aurangzeb jailed him.
7. GARUN SEN (1721-48): GARUN SEN Founded SUNDERNAGAR TOWN. BANED was old name of SUNDERNAGAR.
8. RANJEET SEN: He ruled from 1767-91.
9. VIKRAM SEN II: He ruled from 1791 to 1838. William Murkraft (1820) visited Suket during his rule.
10. UGAR SEN (1838-76): SUKET RIYASAT came under BRITISH rule in 1846.
11. DUSHTNIKANDAN SEN (1879-1908): During his reign, a lot of progress took place in Suket. School was opened in Bhojpur in 1893, Post office in BANED in 1900 and a Telegraph Office in 1906.
12. BHEEM SEN (1908-1919): Edward Hospital was built during his time . MANDI-SUKET road was also built under him.
13. LAKSHMAN SEN (1919-48): He was the last king of SUKET RIYASAT. On 1st November 1921, SUKET RIYASAT came under BRITISH as a part of PUNJAB GOVERNMENT. In February 1948, SUKET SATYAGRAHA took place leading to SUKET becoming a part of the Indian Union. On 15th April 1948, MANDI district was formed by merging MANDI and SUKET RIYASAT. That’s all about SUKET RIYASAT.


Brief Economic Overview of Mandi Himachal Pradesh
Economy is the main factor for development of a district. So , its important to study about the economy of each district of Himachal. Economy mainly depend upon Agriculture, Human resources, Political freedom, Social organization and Education system in district. In this way, economy of a state depends upon the districts while that of the country depend upon the states. Mandi Himachal Pradesh ranks 7th in terms of area, while in education it ranks 2nd. In 1962, with the help of Germany, Indo-German Changar Project was started. HPMC started Apple Processing unit in JAROL. AT KAMAND & KARSOG, Jersey cow breeding centre have been set up. At Nagwai, Sheep breeding centre has been set up. At Chauntra, Poultry farm has been started. At Bagrota, feed for Poultry is produced. Salt mines have been found at Gumma and Drang. The first Hydroelectric Project of Mandi was set up in Jogindernagar in 1926, whose first unit was ready and became functional in 1936. This project is known as Shanan Hydroelectric Project. It is situated in Barot valley and is commissioned on river Uhl. Colonel B. C. Battey started the project as a representative of the British Government. NH-20 and NH-21 pass through Mandi. PATHANKOT-JOGINDERNAGAR Railway line is a narrow gauge railway line started in 1926. For the first time in the History of Himachal Pradesh, a mandyal Sh. Jai Ram Thakur has become the chief minister of the state. Sh. Lal Bahadur Shastri Medical College and Hospital has been started in Nerchowk while an IIT is already functional in Kamand, Mandi Himachal Pradesh.


We hope you liked the article and would love to hear from you in the comments sections below. If you wish to write for us and be a part of the HimBuds community, feel free to send us an email at himbuds@gmail.com 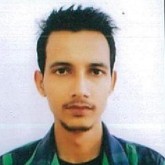 PRATEEK has worked with NATIONAL AGRI-FOOD BIOTECHNOLOGY INSTITUTE for 3 years. He is a Bio-tech professional with B.Tech(Biotechnology) From BCET Govt College and M.Tech (Bio-technology) from Kurukshetra University. He loves to write, read books, listen music and go for trekking expeditions. He is a dedicated author at HIMBUDS.COM

Himachal Pradesh Elections-2017 : All you need to know